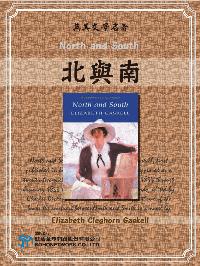 North and South is a novel by Elizabeth Gaskell, first published in book form in 1855 originally appeared as a twenty-two-part weekly serial from September 1854 through January 1855 in the magazine Household Words, edited by Charles Dickens. The title indicates a major theme of the book: the contrast between